Our Single Gender 4v4 tournament returned for a 2nd year of a fun filled morning. Just like a high school dance, play was divided in the dome with ladies on one side, and gentlemen on the other.

With coach Kenny, Houndd was able to get back on track and finish strong with a 3 point win over Vandelay Industries.

On the bottom side of the bracket, either Monster (Open) was gassed after going at it against Houndd or Suburban Curling Club had their number, or a little bit of both! It was a closer game, finishing with 2 point win for Monster (Open) that could have gone either way.

On the women’s side, 6 teams competed in a round robin. Monsters (Women) rocked the experienced pick up team, Tour de Force, leading 8-1 and eventually won by one. A fantastic showing of this team featuring young leaders and experienced players who outplayed Tour de Force who could not develop their chemistry quickly enough.

In the other games, Foxx showed their 4v4 chemistry with a 4-1 record, with a 4 point loss to the eventual champions, Iso Ladies. Iso Ladies gave all they had, every point, being familiar with Ontario 4v4 Circuit and the value of every moment on the field. Many players also play on the perennial 4v4 team, Melt, who is a strong competitor in the standard 4v4 Circuit. They also had captain Michael “Linc” Lincoln coaching that day. Nox, on the other hand, brought along hopeful recruits who played alongside and against long-time veterans of the sport. Their scores don’t show the heart and the valuable experience of the day.

Rumour has it LOL stands for Ladies of League. This cheerful and friendly team also displayed cunning strategy, with decisive wins over Monster (Women), Tour de Force and Nox, finishing with a 3-2 record and +8 score differential.

Until next time! March Mayhem in a couple weeks still has a handful of spots left, register ASAP! 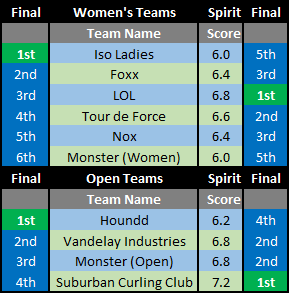 This women’s team from Ajax has been a regular entry on the touring scene for the last few years, followed closely by their Open counterparts Houndd. These community builders have created a thriving single gender scene to fill the gap between Toronto and Ottawa on the map. Check out our larger write up on this team, coming soon! 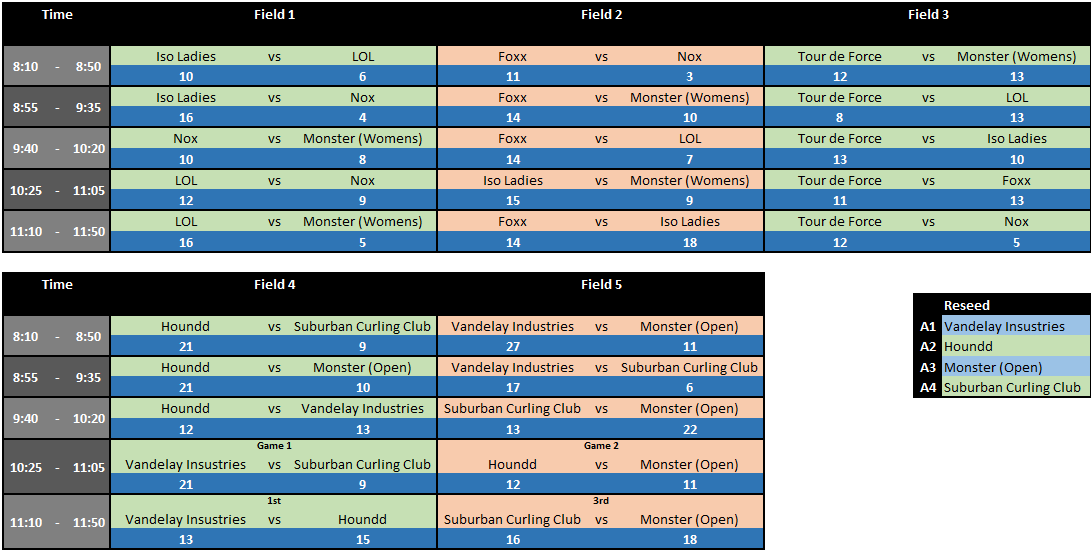