Fast-paced and physical, it is the half-court basketball of ultimate. Continuous play and a shorter stall count give players a more aerobic workout, and emphasizes multiple quick passes over hucks. With only four players per team on the field at once, and hockey-style subbing, every player is guaranteed to be involved with the game or play at hand.
Goaltimate has the same base rules as ultimate: move the disc from person to person to score in an endzone, players must stop and set a pivot foot while in possession of the disc, no intentional fouling or stripping of the disc.

Co-captain of Texas Showdown, Shelby Kuni, has this to say about Goaltimate, “What I like about Goaltimate is that, while it’s essentially the same game, it utilizes different skills than Ultimate. Instead of stressing being able to run fast and jump high, Goaltimate emphasizes agility, quickness, and being able to work in tight spaces.”

Goaltimate in a Few Easy Rules 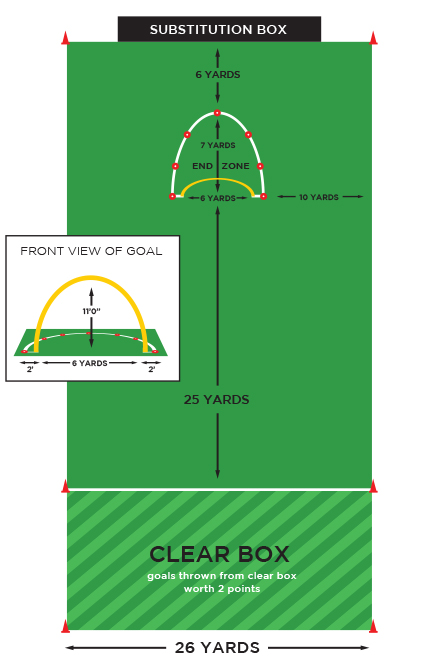 Want in on the action?

Currently we’re in the planning stages of events in Waterloo, North Bay and Ottawa!

Think your city should have a stop on the provincial Goaltimate circuit? Contact us and we’ll look into the feasibility of setting up local competition.