Touring is the epitome of Ultimate – tournaments offer almost as many games in two days as in one league season. It emphasizes skill development and community; tie in fun road trips, team bonding, and spirited play and you’ve got one heck of a weekend!

Again this year, we had a record number of players interested in touring, so we’ve brought back introductory teams in the Open division and the Mixed division: Razorbacks, and Rebels. Now, introducing a women’s team, Rogue!

“I like to celebrate the small victories and emphasize method over outcome. In the end that is what makes someone become better and enjoy themselves while doing so.” 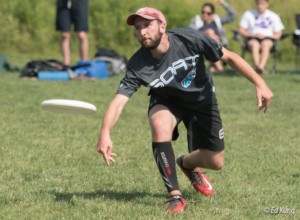 “I focus on individual fundamentals like running, change of direction, throwing and put it all together through a strategy based on the team’s synergy. ” 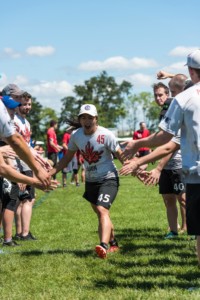 How do you register?

How experienced are Ultimate Experience coaches?

How many players can the teams accommodate?

A minimum of 14 players and a maximum of 22 players on each team. Teams must meet this minimum requirement to run – Razorbacks (Open) 14 players; Rebels (Mixed) 8 players & 6 women-identifying; Rogue (Women’s) 14 women-identifying.

How do I specify which team or division I want to play in?

This 2019 season, we are only offering one team in the Open division. Apologies! If we get enough interest in other divisions, we are open to exploring this.