The Ontario 4v4 Circuit (O4C) is a provincial Ultimate frisbee circuit of 4v4 indoor tournaments. There are three series part of the circuit – Club (mixed division), and new this 2019 – 2020 year, Masters and Juniors series! Tournaments are held across the Ontario throughout the season (October – April) and occasional special division events are sprinkled throughout (single gender and single gender masters). Most tournaments are four hours of non-stop play with the best indoor pay-per-play rate! Each team earns a relative ranking index based on each games’ results in comparison to other games’ results. This ranking develops as teams play in multiple events in a series and reflects the team’s standing throughout the Circuit.

Each point played has huge impact on the rankings. Play in many events for a chance at improving your ranking and be crowned Circuit Champions! 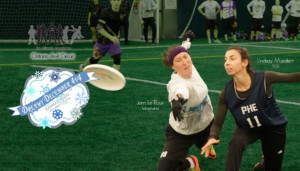 Teams from across the Great Lakes region!

Register by clicking one of the buttons above!
Or click the tournament name in the table on the right!

What are you waiting for?

Register by clicking the Event on the table above, or find it in our Events calendar! 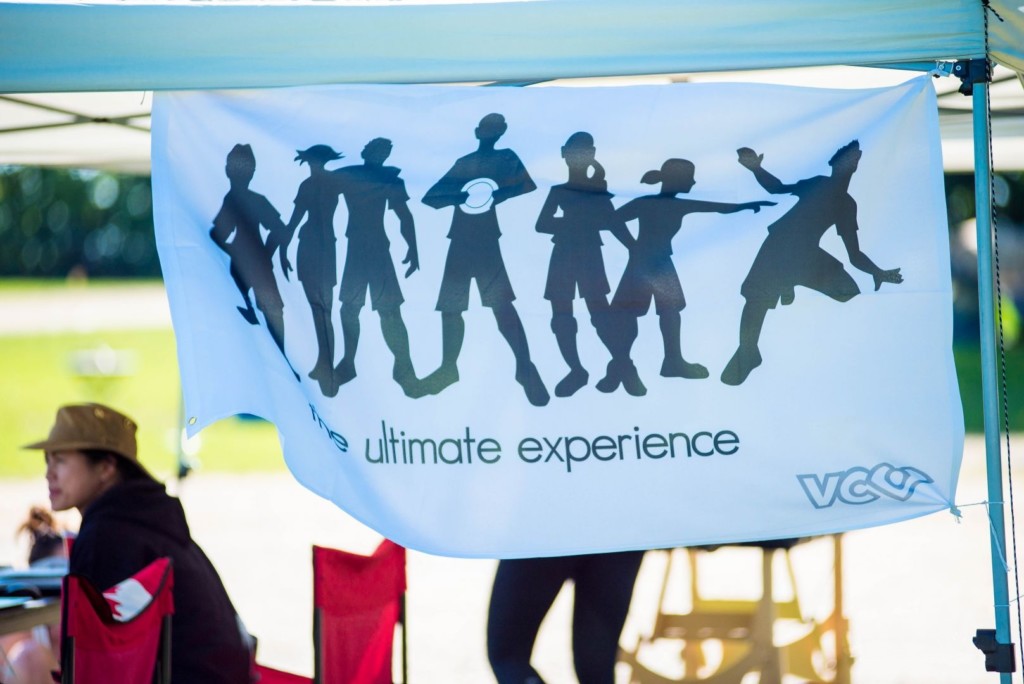 As mentioned above, team ratings develop as teams participate in multiple standard events. This helps us record historical data of 4v4 Ultimate communities – and it’s fun!

To have ratings carry over between events, teams must:

We use USA Ultimate rankings algorithm with minor adjustments. 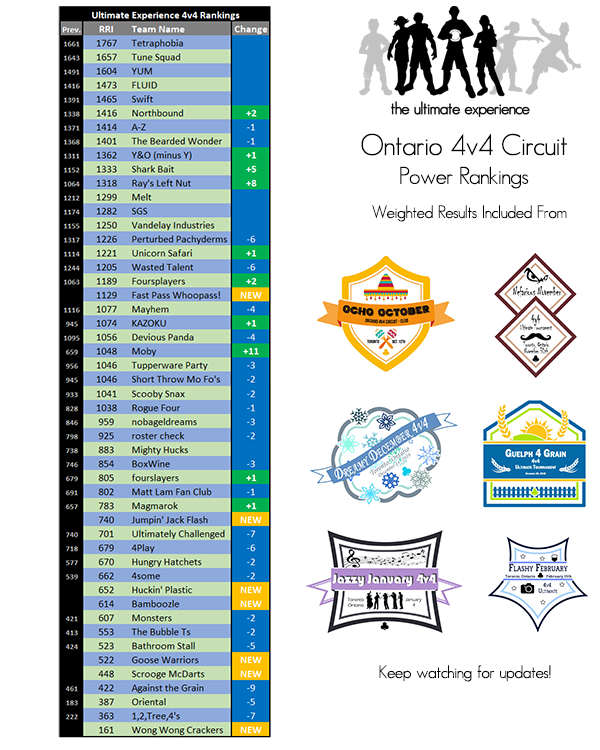 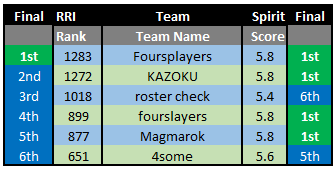 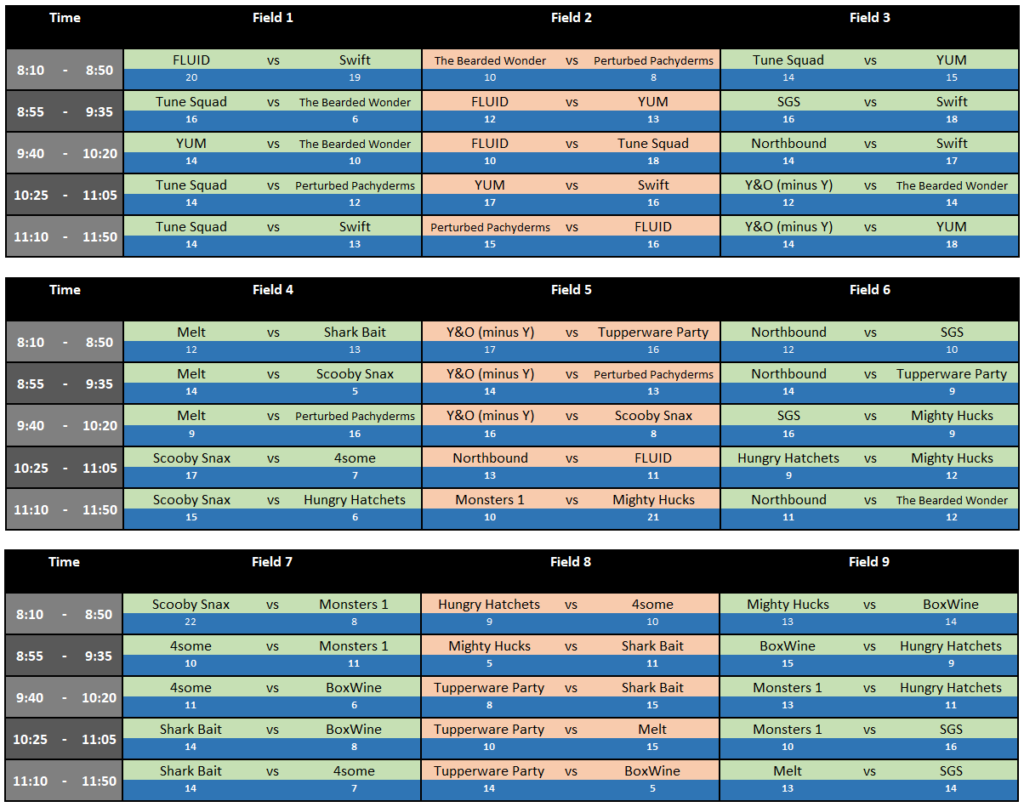 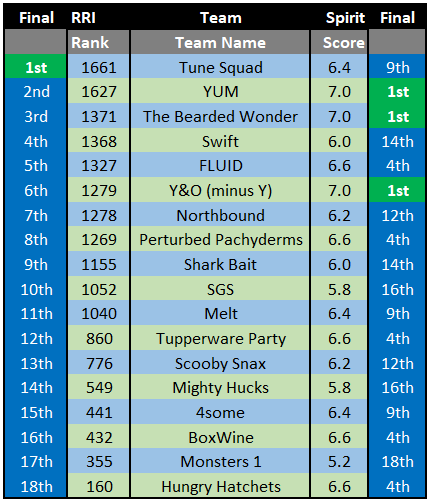 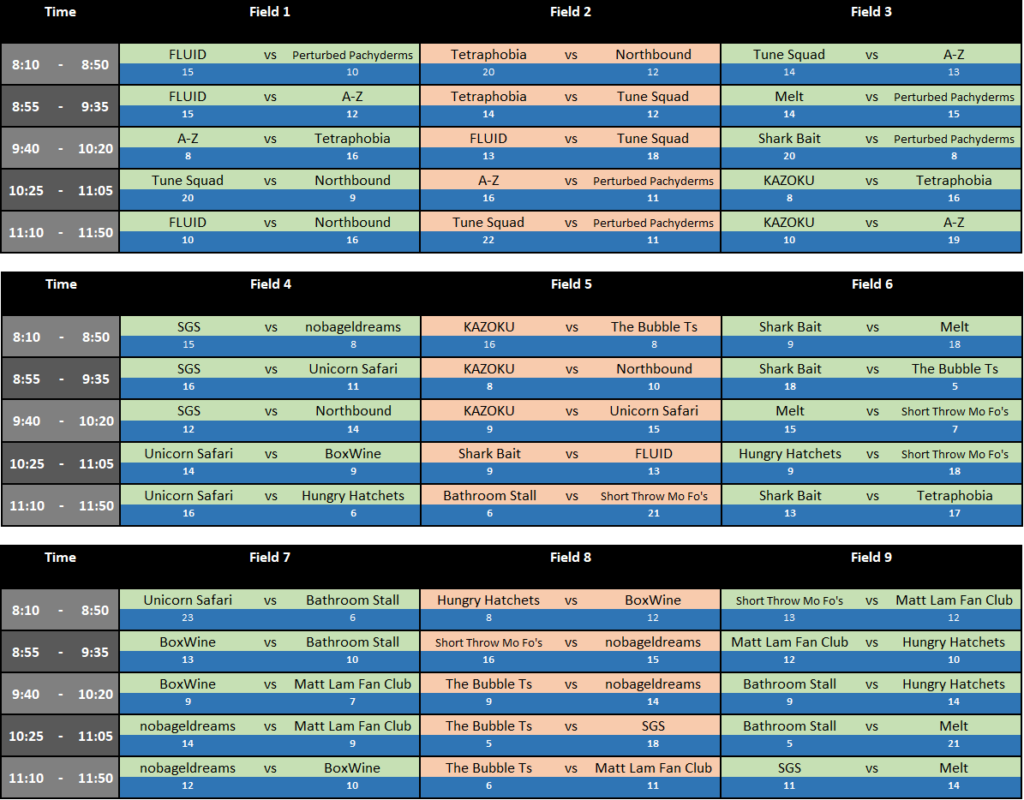 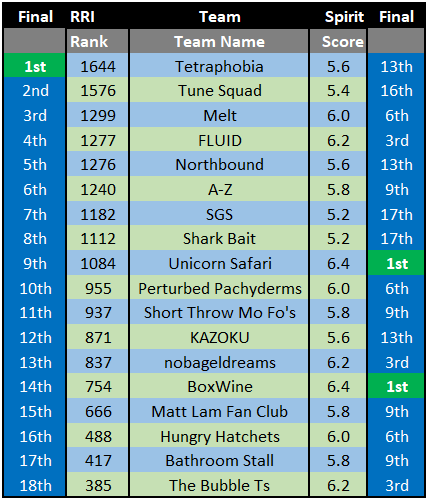 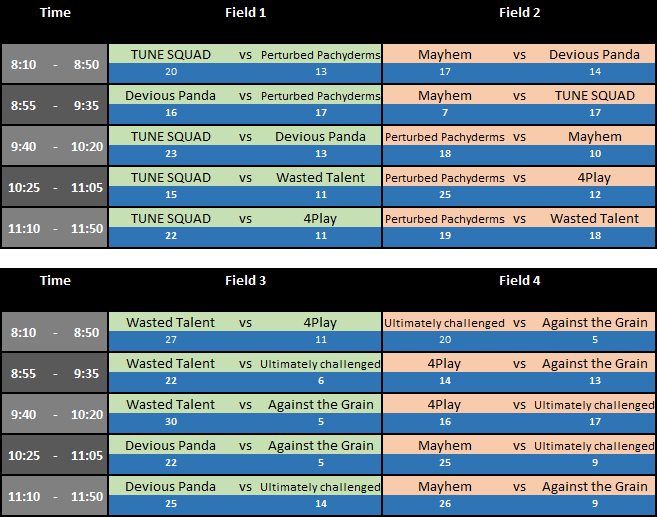 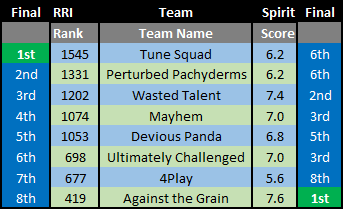 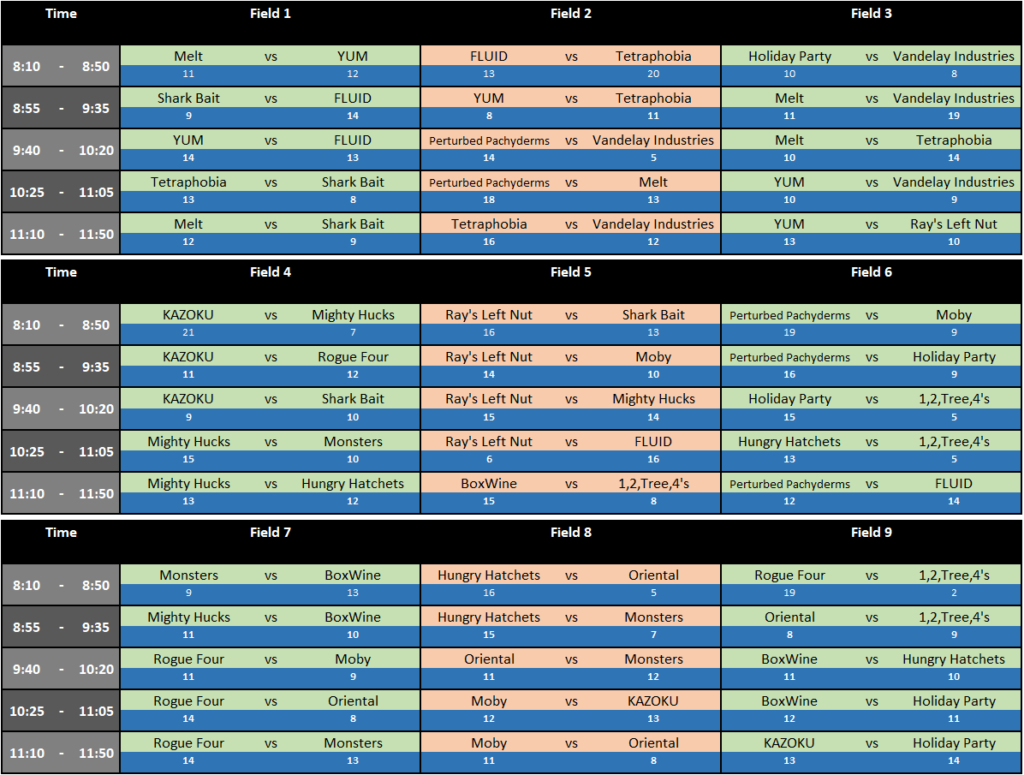 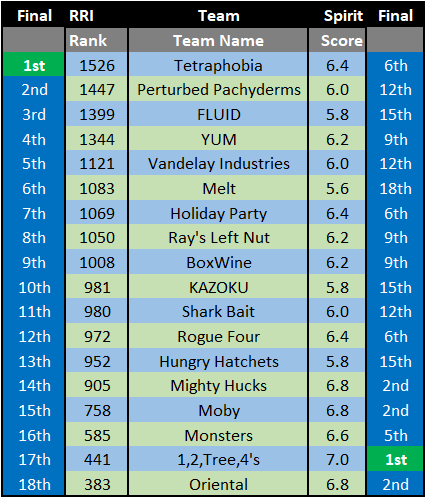 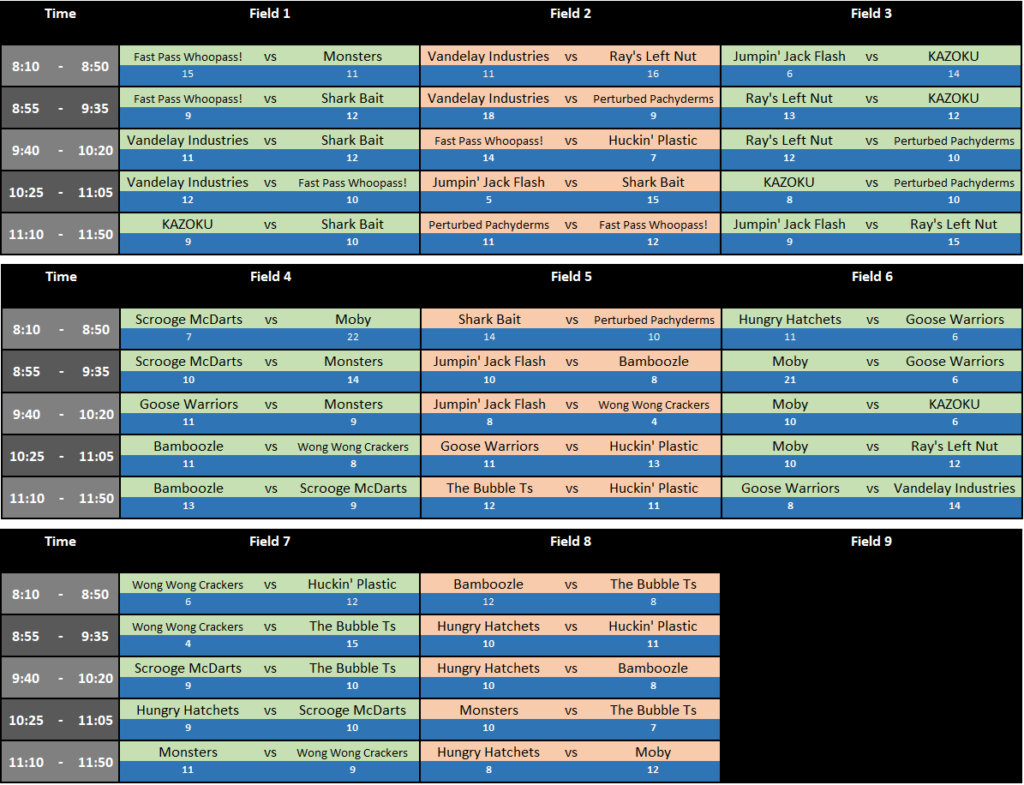 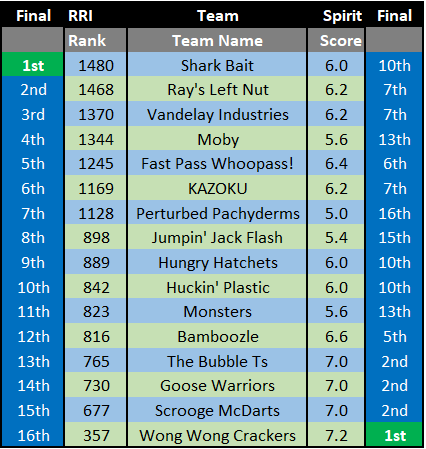 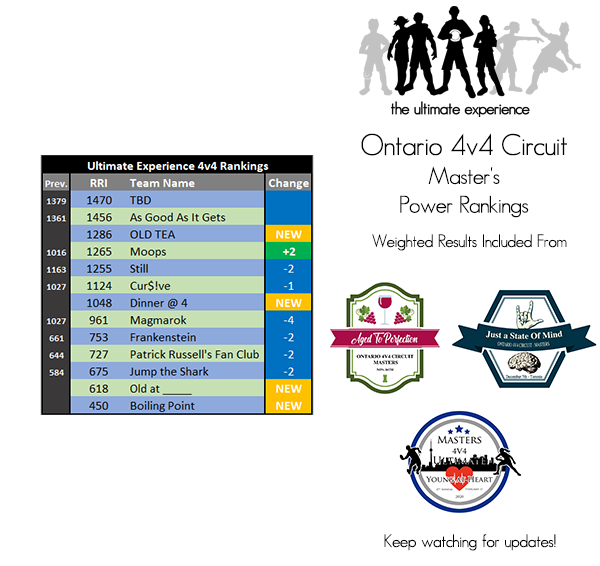 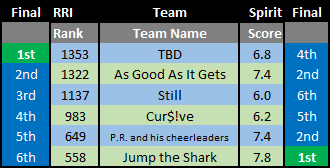 Looking for more results? We’ve moved past years’ standings to a new page!