We are proud to announce the final member of the Zen Ultimate 2017 leadership committee, Head Coach Rhyin Newell!

Rhyin, or as he is often referred to as Newell, has decided to make the jump into a permanent coaching role this season. Offering an extensive ultimate career history for Zen to draw upon, it may be surprising to learn that Rhyin comes from humble beginnings where he first played university intramurals in 2004. Rhyin got his first taste of league through HUC (Hamilton Ultimate Club) and was hooked ever since. Rhyin moved on to play with successful, elite-level teams in both the mixed and open divisions, including Mayhem, Monster, Grand Trunk, Feed the Geese, Maverick, and Union. During these years he has predominantly played the offensive handler role, and is known for breaking marks, aggressively moving the disc, and seizing opportunities to put up some big hucks. He has also enjoyed two seasons with McMaster Ultimate where he supported a smooth offensive unit to beat Queens for a Bronze medal in 2007. Although Rhyin is renowned for his offensive game, he has previously captained the D-line of GT and Maverick.

As serious he may be in competitive divisions, Rhyin values the grass roots of ultimate and has had a great learning experience through tournaments such as Wild Wood, Harvest, Lei Out, Clambake and of course…Gender Blender! Spirit of the game, laughing with teammates, dance parties on the sideline, and creating bonds over some late night ice cream are crucial to the make-up of this player/coach.

In his former coaching role with youth, Rhyin enjoyed passing on experience and knowledge. He has coached many high school programs in the Hamilton Wentworth and Toronto Disctrict School Boards (St. Mary’s, Westdale, Waterdown and Northern). He also had the opportunity to be the assistant coach for the Toronto Juniors program in 2011 and 2012. Most recently, Rhyin had the privilege of coaching TULA, the men’s team for the University of Toronto; during this season he rediscovered a passion for coaching skilled players that want to elevate their game. All of this hard work and dedication was rewarded with a Silver Medal at CUUC 2017!

Rhyin wants to harness his wealth of playing experience, knowledge of the game, passion for developing players, fitness training, and his zest for creating a positive learning experience to help get players to that elite-level play they desire. We are elated to announce that Zen will have this exceptional leader to rely upon, and Rhyin couldn’t be happier to offer himself to strengthening the UE mixed system! 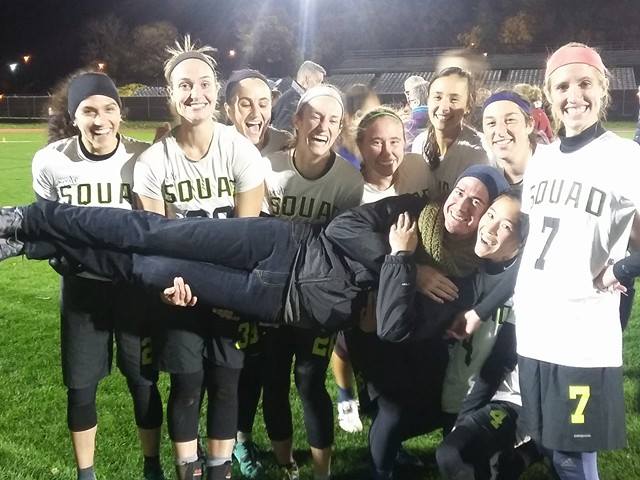