We’re pleased to announce that the Toronto Women’s Competitive team will have these talented women assisting with the coaching this summer! 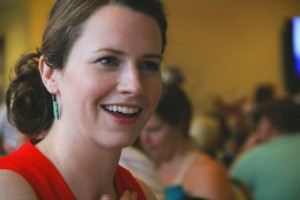 Julia CottleAssistant Coach
Julia is our handy dandy assistant coach who originally started her ultimate career back in 2004 with the east coast women’s team Salty as a handler. She captained from 2006-2009 and shortly after in 2010, that was her last summer with Salty as she moved west but not that far west to Toronto!
From there, Julia played with Lotus from 2011-2015. Captaining the last 3 seasons, most should know how much knowledge and how charismatic she can be on and off the field. Others, you will soon find out!

We are excited for her to step into this assistant coach role as she continues to help build the women of Toronto! 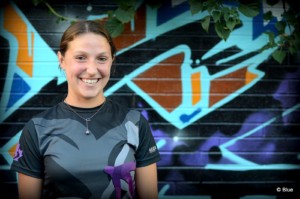 Janelle HassellAssistant Coach
Our next assistant coach doesn’t just have an amazing ultimate background, she’s got a stellar lacrosse background too!

After playing lacrosse competitively in the States, Janelle picked up on ultimate as she moved to Canada in 2012. That year she played on Lotus who went to CUC in August and participated with the Capitals in the fall USAU series. In 2013 she had a similar successful playing season with Lotus as well as Capitals except this time she picked up a captain role on Lotus! Talk about being impressive!

2014 and 2015 were the wonderful years of getting married and having a beautiful baby boy which allowed Janelle to help coach Lotus and help build the talented young individuals. This 2016 year as she makes a come back on the Toronto women’s masters team Terra, she will be lending a helping hand to those eager to learn at some of the Toronto Competitive practices.

We are so happy and excited to have such awesome assistant coaches! 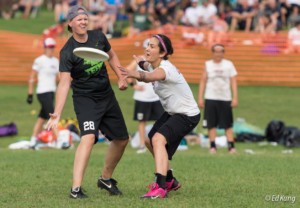 Heather AdamsAssistant Coach
Heather first fell in love with ultimate in 2001 after winning the Canadian Ultimate Championships in her rookie season with the Calgary Women’s team. She continued to play and eventually became Captain in Calgary until she packed up her bags and moved to Toronto in 2008.

In Toronto, she competed as a handler with Lotus and Capitals for many years competing in Canadian and American tournaments until she was forced to retire due to a brain injury in 2011.

Last summer was Heather’s comeback year! 2015 marked the first time she played ultimate again. She even toured with the Toronto Women’s Masters team: Terra! After many seasons of playing high-caliber competitive ultimate, this will be Heather’s first year as a coach.

We look forward to seeing what Heather has to offer to the new Toronto Women’s Ultimate system!!