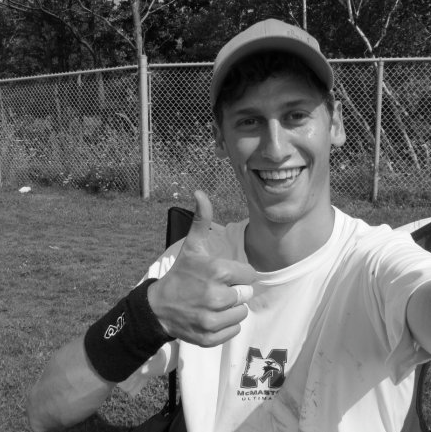 Ryan started his touring career in 2006 with ROY and worked his way up through the Toronto men’s system with Grand Trunk, GOAT, and the 2013 undefeated AUDL champion Toronto Rush team as well as the 2011 Team Canada Beach men’s team. Ryan has spent the last couple seasons as a part-time player development coach with GT with the goal of helping young players in Toronto work towards becoming the best players they can be.

On the field Ryan is a throw-n-go D-line handler with a big mark, quick throws, and is always looking to hit the break side.